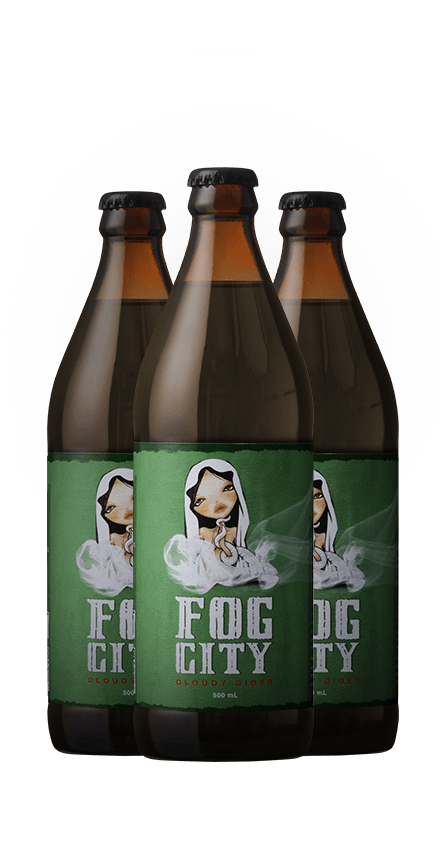 …were borrowing from the city’s fruit trees. People were fed as they passed through the six foot by six foot square made by The Free Frame of Reference. We hunted through Fog City, not just in search of food, but for anything that we could reform…riding bikes made from old pipes…skill-sharing for transport, food and medical. Later, the community living at the Red House lifted the fog with their fire that eventually engulfed the burning man we gathered at…”

Fog City has been made from any fruit we could gather, crushed (by any means possible) and left for ages until we give up whatever’s left.

A bitter-sweet premium cider, Fog City is naturally engineered from our gathered blend of apples and pears. Its distinct cloudiness creates the unmatched body and fullness of flavour that earned it its name.

At 6.0% ABV, you’ll notice Fog City’s interesting mouthfeel, and our well-balanced fruit flavours will have you up and about!

Born of the Urban Hunter-Gatherer ways, Fog City is a fresh cider that cuts through the summer dry…to be shared, on ice, with friends.

“…Guerilla Theatre and the Death of Money Parade were spreading their knowledge of Che Guevara throughout Fog City and beyond the Red House, we were forming communites. We hunted, not just in search of food, but for anything we could reform…riding bikes made from old pipes…skill-sharing for transport, food and medical. We borrowed from the city’s fruit trees and picked from the valley’s grape vines to create a red sangria that we drank all year round while we worked on exposing the Invisible Government’s…”

Fog City has been made from any fruit we could gather from branch and vine, blended (with all the help we could get) and fermented in time.

Fog City Red Sangria is made from the ripest of red wine grapes and blended with natural citrus fruit flavours. Its vibrant backbone brings the vigour you’d expect, and at 8.0% ABV, it means that you’ll be able to bring something different to the table, for as long as you want – as often as you can.

Fog City Red Sangria’s deep red colour and sharp freshness harks back to a time and place when things were different. Born of the Hunter-Gatherer ways, Fog City is a clean red sangria that complements a second and third glass…to be shared, on ice, with friends (and a slice of orange.) 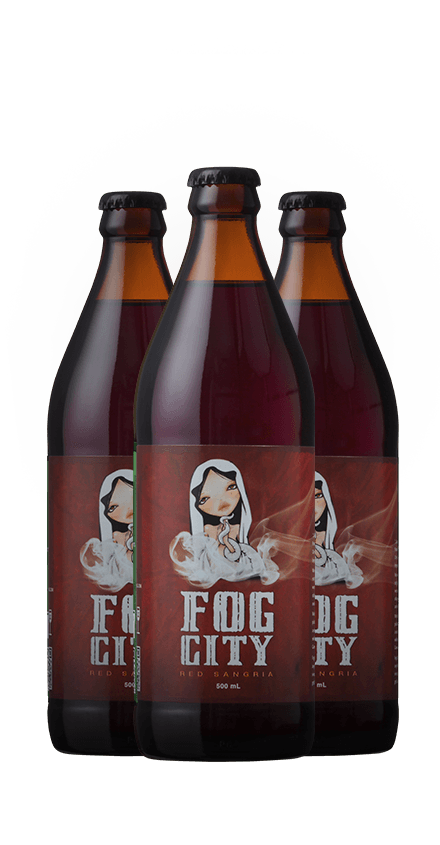 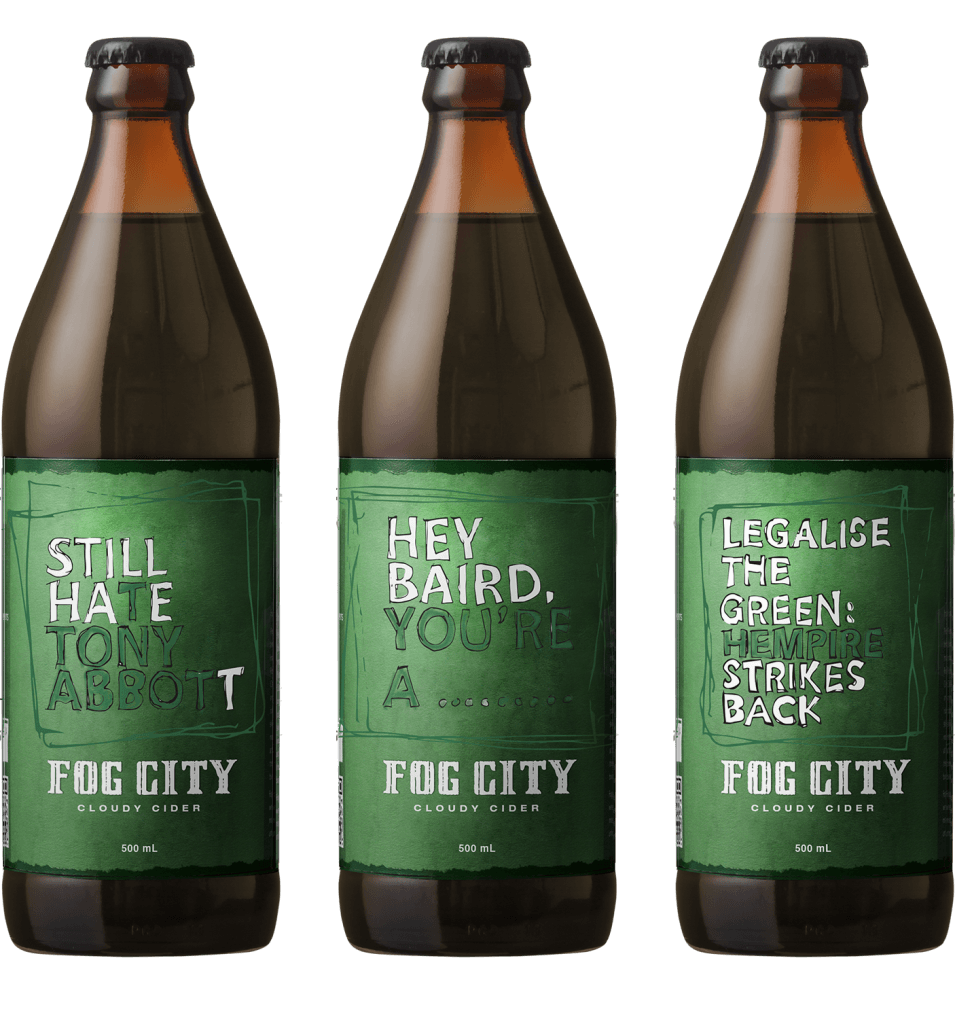 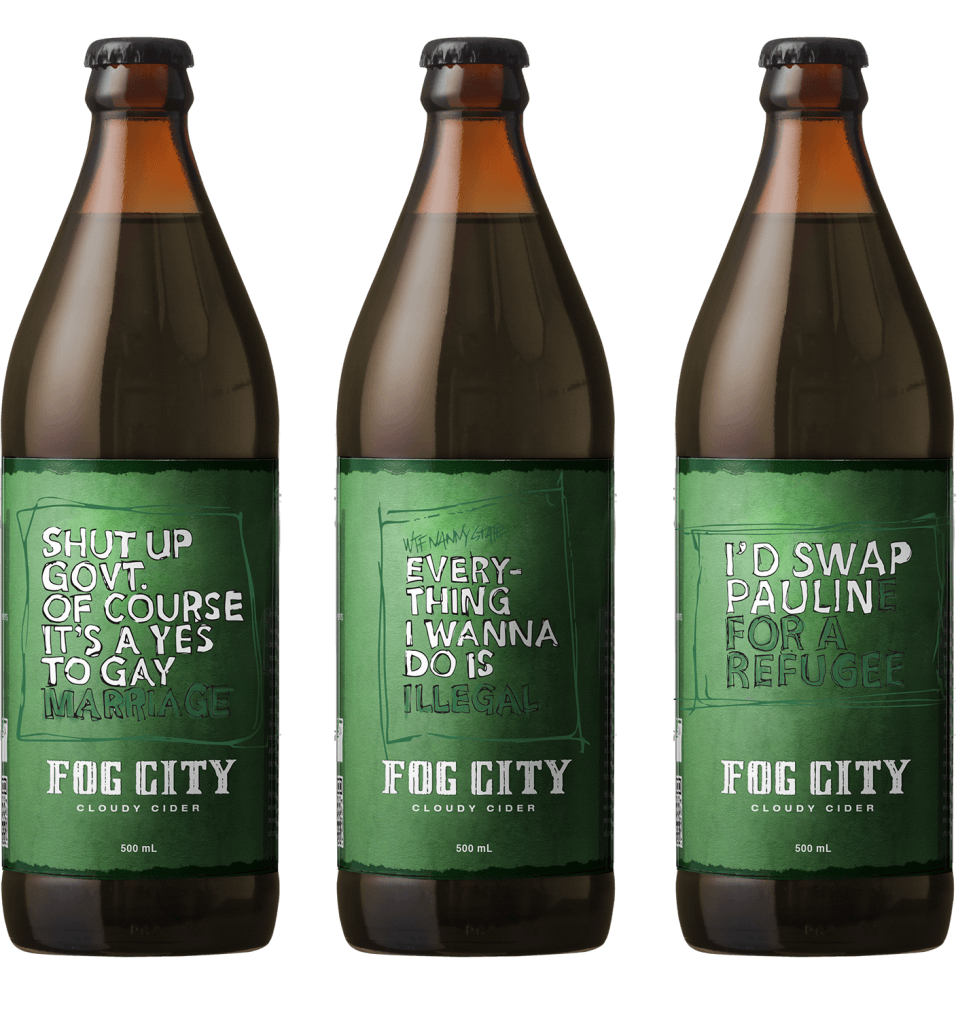 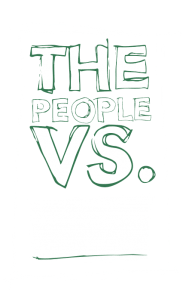 …The new Fog City Cloudy Cider is landing in 2017. Each case contains a random selection of labels politically charged with the beliefs of the people that believe in them…

‘We were hanging out telling stories to each other about the activists from San Fran in the 70’s… activists who inspired us by challenging the powers-that-be through positive protest and through living alternative lifestyles.  Some of our crew suggested we should jot down our own activist slogans that reflected beliefs we were passionate about.  So we did, and we threw them into a hat… and what we pulled out became the bones of the The People Vs. series.’ 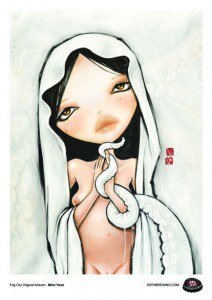 Click the image to download a high-resolution PDF of the original Fog City artwork by Mimi Yoon.